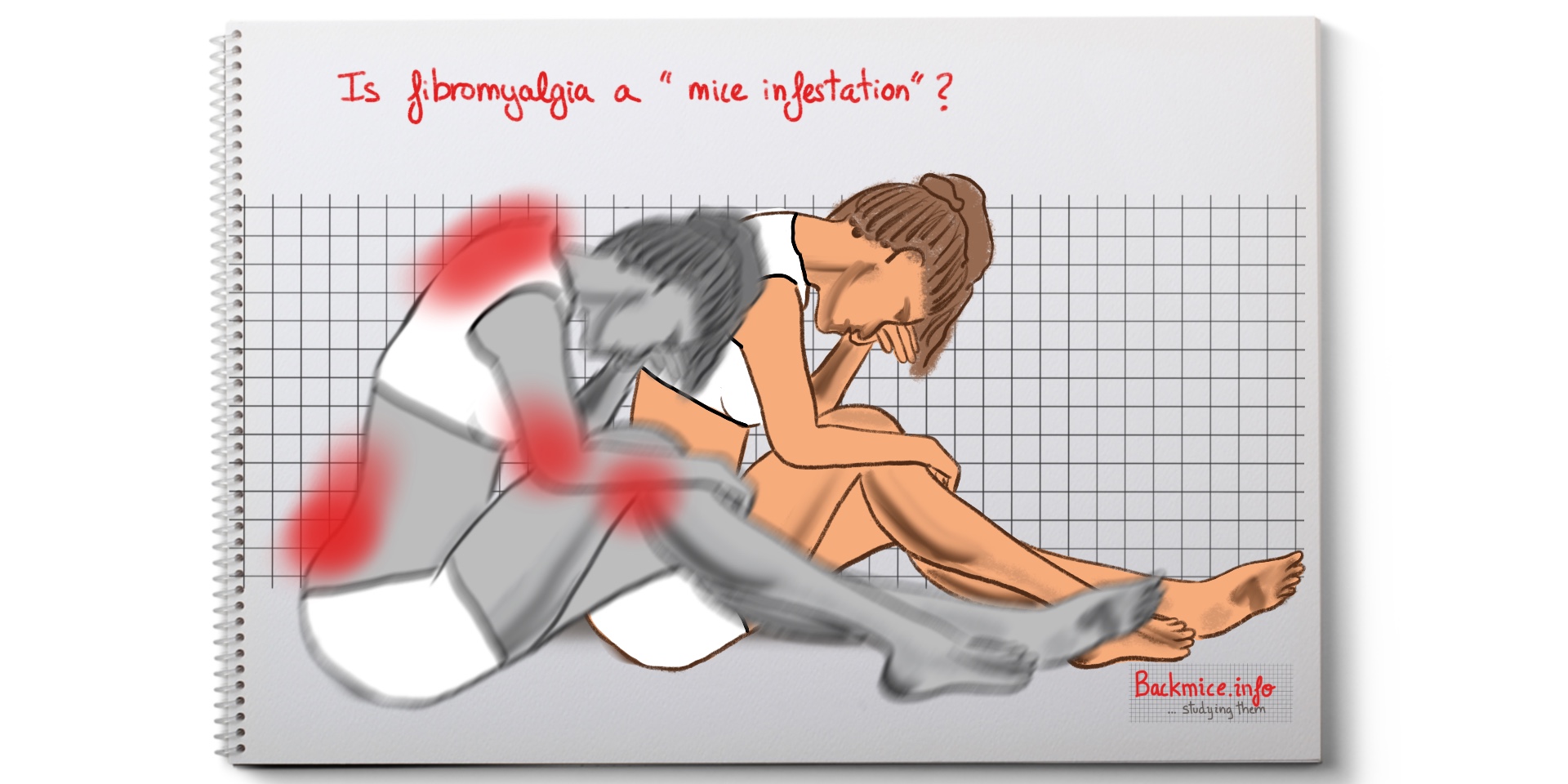 Is Fibromyalgia a “mice infestation”?

My “perplexing findings” so far…

Since I started the study of the intriguing “back mice” (palpable subcutaneous nodules due to a circumscribed congested inter-fascial fibro-fatty tissue tension), I have palpated many lumbar nodules, sometimes painless sometimes extremely painful. Sometimes single sometimes multiple, unilateral or bilateral. I have shown how to palpate them to many of the doctors around me that have shown interest about it. But I am still perplexed that before the summer of 2017 I was so unaware of the ”back mice” existence because these lumbar nodules are a frequent lumbar finding when you search for it properly. And I am still perplexed that so many doctors, even if I explain them, do not palpate these “intriguing nodules”.

Then how come the medical community is so unaware of their existence? I have noticed how little palpating skills my colleagues and me had and how little I was taught about palpation at the medical university. We were trained to study, to memorize, and to learn strange syndromes of many rare diseases; we had to know the management of complicated patients or incredible surgical techniques. We were not trained to explore properly with our hands patients affected with the so called “chronic musculoskeletal pain syndromes”. Somehow the message was “Why bother? Just give them painkillers. They will not die from it…. The hands were not important, just the diagnoses by imaging, the X-rays or scanners had a diagnostic value.

My second perplexing finding: Not just “back” mice exist

At the beginning, I focused my research at the lumbar zone. I decided it was worthy to do a PhD study about it and, in the meantime, I started to divulge the “back mice” knowledge through Internet (web page, YouTube, Instagram, and Facebook). I created the web page www.backmice.info with the intention to share as much scientific information as possible, hoping that this would help to move forward the “back mice” studies with the researchers and to help many patients that search the net for information.

I started an exhaustive literature review at the same time that I was exploring and treating patients. Then my “second perplexing moment” came. Reading all the scientific papers I realized that the painful nodules were not just a “lumbar” finding, they could be found in many other locations: cervical, dorsal, gluteal on the hip, or on the knee. Then we could talk about “cervical mice”, “dorsal mice”, “hip mice”, “gluteal mice”, or “knee mice”.

Sometimes a clear nodule could be palpated on these locations, but some other times it would be palpated as an induration or a band or a subcutaneous crackling or a simple POINT. But in all the cases the subcutaneous anesthetic blockage would give a significant pain relief. The relief would last for hours or days or weeks (without a clear explanation of this by now).

Slowly, by exploring the patients, it was clear that the locations where the painful nodules, indurations, bands or points would present more severe pain complications seem to be at constant or predictable positions. It is possible to trace a body map of these locations. Even in other “medicines” as the Chinese or the Ayurveda, these “predictable locations” were described. One clear example is the “cervical mice” that is located to a constant point at 1/2 of the superior supraespinos fossa of the muscle trapezius.

My fourth perplexing finding: All the previous knowledge was lost

As I was expanding my literature review, I realized that many medical researchers in the past studied the “intriguing nodules, bands, indurations or points of the body”. Unquestionably, they mainly used their hands to explore the patients, so they knew about their existence, and they published their studies and theories about the possible causes and treatments of these painful findings.

I published many of these “forgotten” studies in the web page. Hoping that these may help from now on to further studies. I am still perplexed that so much medical information did not reach our books, why? How could this be explained?

My fifth perplexing finding: So many names…

As my review was going further, it was more and more clear that “the painful nodules, bands, indurations or points” in the body had been extensively studied in the past, but it also became clear that everybody gave them different names, my God! So many of them, “back mice” (diffused on the 90s) is one of the many names that the lumbar nodules have received.

That, of course, is a limitation to go further in their study “since the researchers did not find simple consensus” and knowledge just broke up into many pieces.

Suddenly, I realized that some of my patients diagnosed with the fibromyalgia syndrome presented “lumbar back mice” that would cause them low back pain. These fibromyalgic patients experienced pain relief with the local anesthetic injection of the lumbar nodules, but also of the cervical nodules or the knee ones.

The name fibromyalgia was popularized around the 90s, before it was named in many different ways; one common denomination was fibrositis (characterized by the presence of painful nodules or points around the body). Why the presence of nodules, indurations or bands was obviated at certain moment of the recent years? Why to obviate such a crucial finding as a painful nodule? I am still perplexed about that. At certain point in history, they decided that the fibromyalgic patients just presented painful points. I considered that a crucial mistake that has probably delayed the proper study of this medical syndrome.

It seems that there are patients that just present “lumbar back mice” and chronic low back pain due to them, there are patients that just present “cervical back mice”, and cervical pain due to them, but the fibromyalgic patients seem to present a generalized affection of all the sites where “mice” have been previously described and studied. If you explore them properly, you will find painful nodules, indurations, bands and not just points. My feeling now is that somehow these patients present a “mice infestation” (multiple sites of circumscribed fibro-fatty interfacisal tissue tension that cause local pain and peripheral neuropathies).

14 Replies to “Is fibromyalgia a “mice infestation”?”