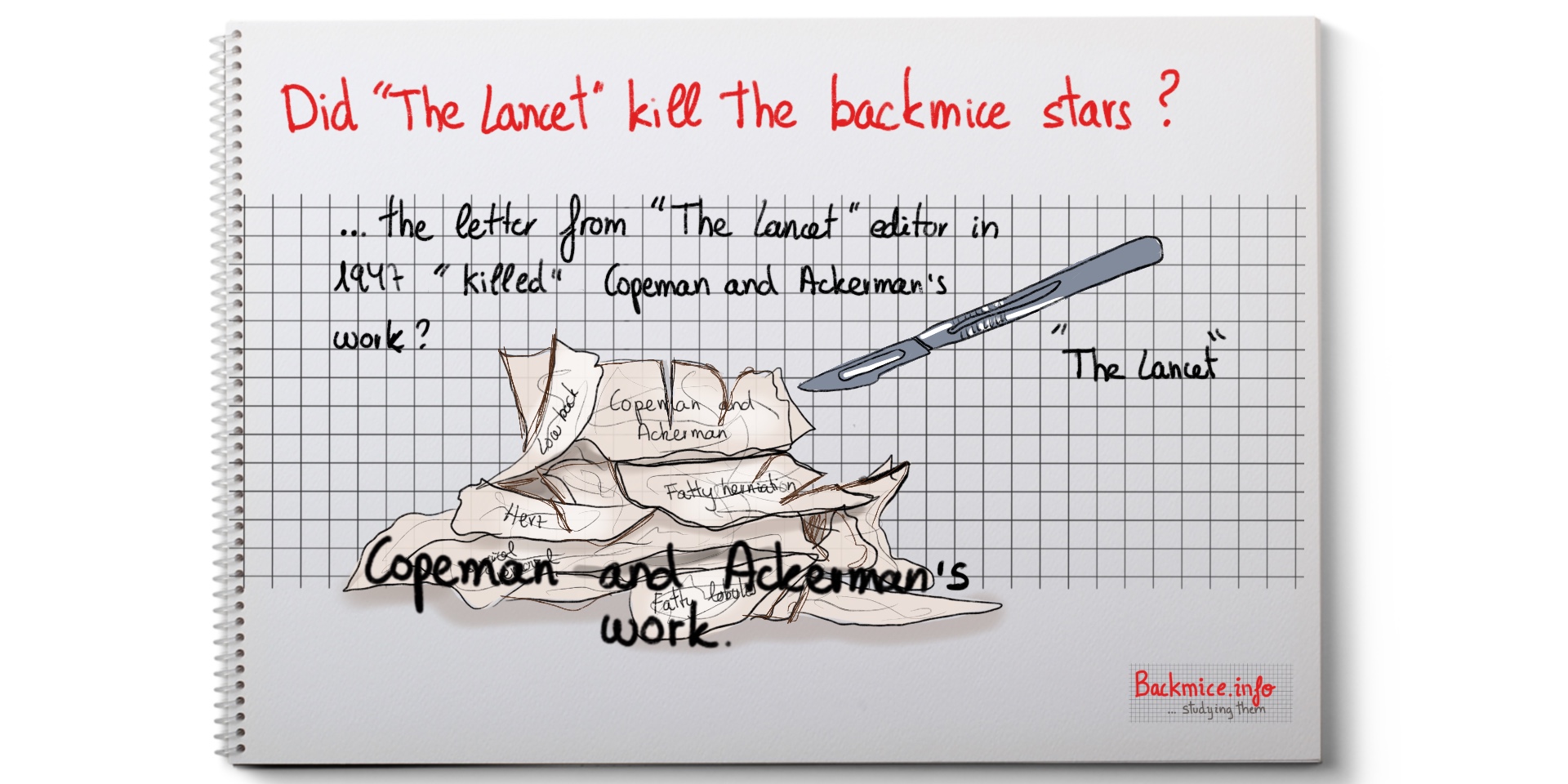 Did “The Lancet” kill the backmice stars? …the letter from “The Lancet” editor in 1947 “killed” Copeman and Ackerman’s work?

“It is true that on a full moon night not many people pay attention to the stars”.

This is what seems to have happened in 1944, when rheumatologists Copeman and Ackerman published their work Fatty herniation in low back pain, in an attempt to to give an explanation to some of the backaches. Work that was later confirmed by Herz in 1946 (and many more authors →).

Was their study really overshadowed by the work of traumatologists Burns and Young, who assured in 1947 that the most part of these ailments (low back pains) were due to disc lesions? Or was it because the medical media were promoting this latest theory more, instead of stepping aside and keeping a neutral opinion?

Let’s analyze the article and the following two letters that were published in one of the world’s oldest and best-known medical journals, the British The Lancet, whose editor that year, Theodore Fortescue Fox (1899-1989), took part in the matter, almost humiliating one of the parties involved, Copeman and Ackerman.

Were the backmice killed by The Lancet as video killed the radio star? The article and the letters from 1947…

On May 10th 1947, The Lancet published an article titled BACKACHE by Young and Burns

In their article of May 10th, Burns and Young started saying hyperenthusiastically: “We hold the view that nearly all recurrent attacks of backache, and many cases of chronic backache are due to disc lesions”.

On July 26th, there is a letter from the editor of The Lancet doubting about Copeman and Ackerman’s work.

On July 26th 1947, the editor of The Lancet published a letter titled FATTY HERNIATION IN LOW BACK PAIN, where he states that Copeman, Ackerman and Herz’s work may be accepted with “difficulties”, especially after Burns and Young’s article, which states that the majority of backaches are due to the “prolapsed disc”.

On August 2nd 1947, there is a letter from Copeman and Ackerman defending their own work. 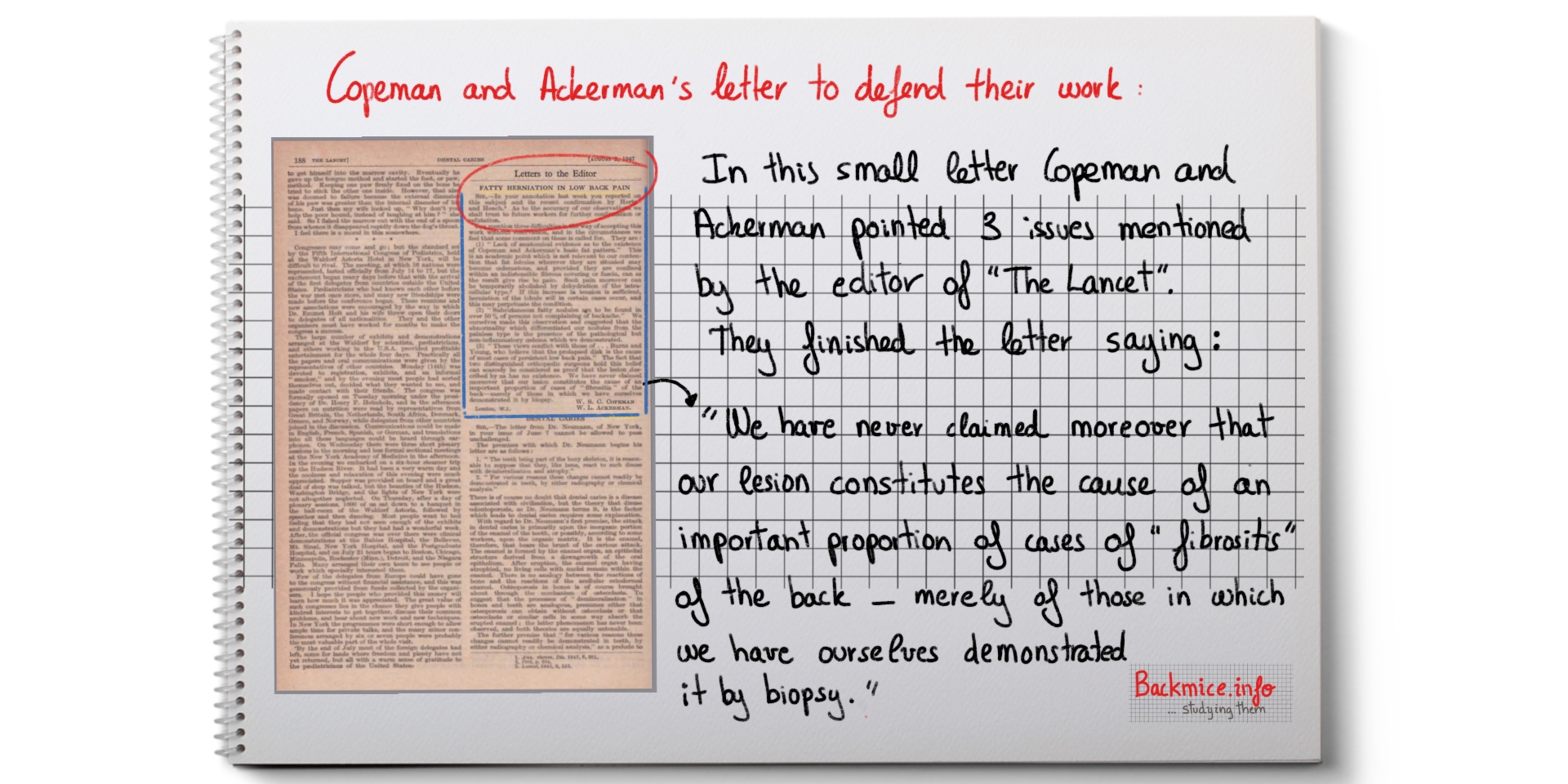 Finally, on August 2nd 1947, Copeman and Ackerman published a letter to the editor titled FATTY HERNIATION IN LOW BACK PAIN, where they defend their work. They finish the letter with this statement:

“We have never claimed, moreover, that our lesion constitutes the cause of an important proportion of cases of “fibrositis” of the back -merely of those in which we have ourselves demonstrated it by biopsy”. (Copeman and Ackerman)